The evolution of what we now call Bosca Accessories has unfolded for over 100 years. Three generations of the Bosca family and the original founding partnership has shaped the company into what it is today. A long legacy of finely crafted leather goods formed from the expertise of a few men has continued to influence the craftsmanship, quality, and originality of all of our products. Our goal is to celebrate the stages of Bosca’s growth by telling the story of those who built it. Our first look into Bosca’s history begins with Hugo Bosca.

Where the Bosca Heritage Began 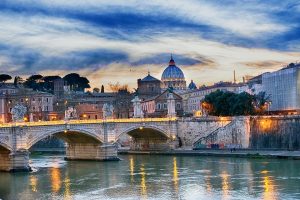 The Bosca family lived in Rome. The family was rather private and has left little in the way of family history. Hugo was born in 1888, and had as many as six siblings. When he was a young child, Hugo’s parents gathered the kids and left for an extended holiday in the U.S. After exploring America, soaking in the culture, and learning the way of life, Hugo became smitten. However, the Bosca’s holiday came to an end and they returned to Italy. 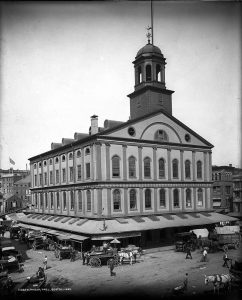 Several years later, Hugo stumbled upon an opportunity to go back to the land with which he had fallen in love. He came across an ad from Boston, Massachusetts, calling for help in the bookbinding trade. Soon, Hugo found himself heading back to the states to work in a book binding shop near Faneuil Hall, also called the “cradle of liberty," quite the fitting place for a young immigrant to settle and begin his journey. As Hugo was building his skill and honing his craft, he met the beautiful Mae Martin, a native of Boston. It was amoré at first sight. Hugo shared with Mae the Italian love of espresso and vino, and Mae helped Hugo feel more and more at home in America. The love story continued, and eventually gave birth to two handsome sons. Don’t worry – we’ll come back to that in another post.

After years of bookbinding and leather work, Hugo answered another ad that led him to the city of Springfield, Ohio. Two gentlemen by the name of Reed and MacKinnon were looking for a leather worker to help them start a handbag company. Mr. Reed and Mr. MacKinnon were in the furniture business at the time, but wanted to change course; they were looking to make high-end leather handbags. Hugo answered the call and next thing he and Mae knew they were off to Springfield to start the next chapter of their lives. Shortly after the move, the Bosca-Reed-MacKinnon company was born. Art Nouveau and Art Deco movements profoundly influenced the fashion of the 1920's and 30’s, along with the initial designs of Bosca-Reed-MacKinnon’s hand-tooled leather handbags.

...Art Nouveau and Art Deco movements profoundly influenced the fashion of the 1920's and 30’s...

Their bags quickly became the desire of fashionable women all over because of their intricate designs and hand-tooling. It was considered a luxury to own a bag of that caliber. Not only were they able to produce a highly desirable product, but the manufacturing strategy borrowed from some Italian factories also brought some attention. They cut the leather in-house, then delivered the material to their employees, so they were able to sew and hand-lace the bags in their own homes. To this day some Italian factories in our industry operate this way.

Bosca & its Ties to the Military 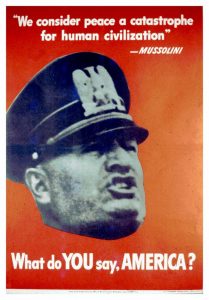 Around the 1930’s Mr. Reed and Mr. MacKinnon decided they wanted to part from the business. The exact reason remains unclear, but it was most likely a combination of their age and the economy. Hugo put his entrepreneurial foot forward, and purchased the partners shares in the company. Shortly after, the United States military awarded Hugo a contract making “suitcases” for carrying navigational equipment. Still, to this day, we are trying to track down one of these suitcases to add to our collection. At the time, Mussolini was rising to power, and his priority was increasing Italy’s population to contend as a world power. Mussolini called on the “Sons of Italy” to strengthen his military, and many Italian Americans returned home to support Mussolini. However, a huge number remained in the United States, thus throwing off any association with Mussolini and his fascist agenda. Hugo joined the later. Mussolini confiscated the land of those who refused to return, dissented from Italy, and refused his decree. It was at this point that Hugo cut his Italian ties–he stopped speaking the language, severed his relationship with his brother, and renounced his Catholic faith. It’s perhaps because of this point in the Bosca family history that we don’t have very much information regarding the earlier Italian generations.

...we're careful to respect our past and continue Hugo's legacy...

Following the war, Hugo continued working hard on his craft in America. He began developing fine leather office products, and the pre-cursers to the briefcases that Bosca is known for today. While we work to evolve our brand, we’re careful to respect our past and intend for it to permeate through each handmade Bosca leather product to continue Hugo’s legacy. “Rispettiamo il passato per costruire il futuro.” Subscribe to our email list for notifications of future blog posts which will include the next generation of Bosca’s and the growth of an authentic Italian-American success story.
Search engine powered by ElasticSuite